Let’s be honest: the Internet is one of man’s greatest creations. Surfing the web has brought humans so much information and research simply through multiple databases on one machine. The Internet has become an addiction to many people (myself included). The Internet allows people to connect with friends and potentially new friends through websites such as Facebook, Twitter, Instagram, Google, and other sites. Sports fans rely on the internet for their daily source of news on their favorite players and teams, as well as to have a small meltdown after reviewing their latest fantasy football loss. Businesses rely on the internet to attract potential customers and clients. Newspapers are slowly becoming obsolete, as the internet provides the news on a variety of different outlets, and news can be updated as more details are released on the web. And of course, there is the ever popular Youtube. In my opinion, Youtube has dominated the web. People can relive past events in history through video, watch their favorite users create their videos, learn new tricks, listen to music, and many many more beneficial things. In fact, without Youtube, popular stars such as Justin Bieber and Rebecca Black would have never been discovered. Clearly, the internet offers a huge amount of beneficial services. However, these benefits are often abused and users are completely unaware of it. 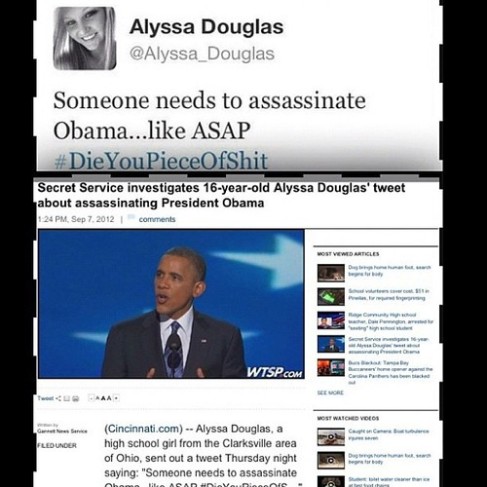 Are we truly free to post whatever our heart desires? I think one can argue both yes (technically) and no. In my opinion, I think we are free to post whatever we want on the internet. At the same time, I think one has to be mindful of the consequences of a post such as this one that potentially threatens the president of our nation. Often, employers now look at the social media sites of certain users to see their true identity outside of a job interview. If an employer sees inappropriate photos or posts, then he or she may be less likely to hire the potential employee. Did Alyssa Douglas lose all potential job opportunities simply through her Tweet that shows she is not a fan of our government? As human beings, the internet has become a daily part of our lives. As a result, our posts on the internet can greatly impact our futures. 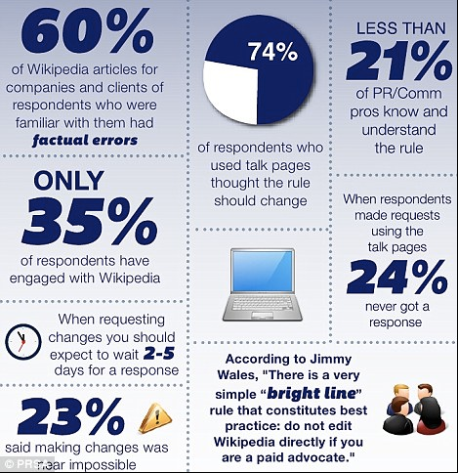 Wikipedia has been the student “go-to” website when researching a specific person or event. I think Wikipedia is a great tool. However, in the past, it has been incredibly abused as many have decided to change information on the site itself. Since there is a huge amount of daily traffic to the site, it is almost impossibly to filter out every misleading post. Consequently, 60% of articles contained factual errors (as the graph shows above). Wikipedia has allowed its users to freely add and alter information. However, offering misleading information offers no benefits to other users besides a laugh and a potentially poor grade on a project.

As stated previously, users are free to browse Youtube to listen to their favorite artist’s newest music. A tool known as a Youtube to MP3 Converter was created to allow users to listen to music on their media devices for personal use only. The legality of this tool is still still being argued to this day. It is the new way of pirating music, and it takes money away from famous and up-and-coming artists. We are still free to use this tool, but isn’t this technically a form of piracy? In the end, it’s your opinion. I’m almost positive that there has not been any arrests for the use of this tool.

I believe that people have the freedom to post whatever they want. Of course there are both positive and negative consequences for this action. However, do I have the right to post whatever I please? Do I have the right to say that Obama needs to be assassinated much like the Twitter post shown above? Do I have to right to mislead others with the manifestation of false information? Do I have the right to technically pirate music? I can’t say for sure where I stand on these questions as the meanings of a right and a freedom overlap greatly. Does absolute freedom on the web exist? I can’t say for sure. As long as the internet is used responsibly, I think absolute freedom on the web undeniably exists.

One thought on “Internet Freedom in Our World Today”