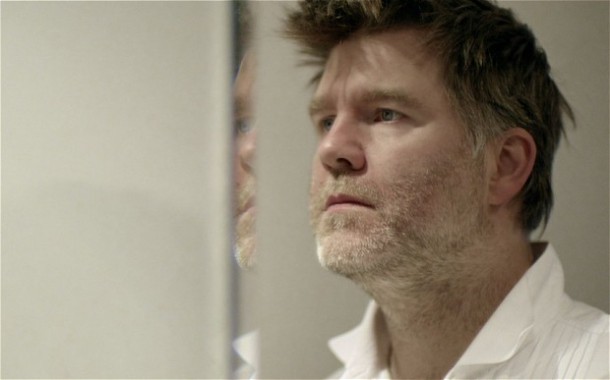 From the outset, James Murphy seemed to anticipate and even prophesize his own downfall: with his first single, “Losing My Edge” (2002), he had already begun to craft a definitively self-aware and self-effacing persona. Lines like “I hear that everybody that you know is more relevant than everybody that I know,” indicate a self-conscious desire to point out his own shortcomings before others can, going as far as to announce that he has lost his “edge” in the first single he released under the name LCD Soundsystem, as if in an attempt to preemptively call himself out before his listeners or critics have the opportunity. His later songs exhibit similar concerns, as in “Dance Yrself Clean” (2010), when Murphy laments that “everybody’s getting younger, it’s the end of an era, it’s true.” His lyrics seem to perpetually return to concerns regarding either growing too old for the music scene, or becoming irrelevant and selling out.

Even the title of the film documenting LCD Soundsystem’s final show at Madison Square Garden, Shut Up and Play the Hits, speaks to Murphy’s anxieties surrounding how his work will be perceived, and for what his career will be remembered (the title also stands in ironic opposition to the lyrics of “You Wanted a Hit” (2010), which responds to its own title with the retort, “Well maybe we don’t do hits”). As illustrated by the tongue-in-cheek self-effacement present in Murphy’s song titles and the documentary’s title alone, even minute details of LCD Soundsystem’s trajectory have been carefully calculated and as such are representative of Murphy’s anxieties around being able to control his image. Shut Up and Play the Hits dramatizes the concerns that have shaped Murphy’s carefully constructed persona, ultimately positing that the anxieties that Murphy expresses in his work are representative of the broader cultural concerns of the digital age and the postmodern moment.

In his final television appearance as LCD Soundsystem, in an interview with Stephen Colbert, Murphy explained that “I’m forty-one, and at a certain point I think it gets embarrassing,” echoing the sentiments found throughout his lyrics, as in “Movement” (2004), when he characterizes himself and his bandmates as “a couple dads and a few friends trying hard to stay in,” or in “All My Friends’s” (2007) image of the jaded performer “with a face like a dad.” Murphy’s work is fraught with worries that he will be perceived as a pitiable “dad” trying to stay in the game past his prime. Murphy cites this concern as his reasoning for ending his musical career as LCD Soundsystem at what would seem to be its peak, demonstrating yet another deliberate move in an attempt to control his image and and address possible criticisms preemptively. Murphy’s valuing of self-awareness and authenticity seems characteristic of the postmodern moment, when the destabilization of identity incites a greater concern for and attention to performance and image-crafting.

Shut Up and Play the Hits dramatizes the documentation of LCD Soundsystem’s final show primarily by juxtaposing footage of the moments backstage leading up to the show, and of the show itself, with footage of Murphy alone in his apartment the morning after. This juxtaposition seems to suggest that this footage of the next day presents Murphy no longer acting in the interest of maintaining a persona, for if there were to be any time that he could abandon his concerns about image crafting, the viewer would assume that it would be the morning after his final show. He repeats to his friends, on the phone and in person, that he is “retired,” after all, as if insisting, more to himself than to them, that he can finally step away from the constant consideration of image and persona. These portions of the film show footage of Murphy shaving over clips of voicemails from his coworkers, imploring him to get some rest, but the documentary later shows Murphy at a series of meetings and interviews, a fact that undermines the idea that the film’s structuring posits. When asked how he feels the day after the show, he replies, “I don’t feel…I haven’t had time. I’ve been running around like crazy,” a response that is significant in that it reveals that despite Murphy’s desire exit the music scene before getting too old, he is still occupied with similar concerns after his “retirement.”

In one particularly representative scene, one of Murphy’s colleagues shows him the award he received in honor of the show selling out at Madison Square Garden: it features a miniature of the venue along with the words “LCD Soundsystem Sells Out.” Murphy remarks, after staring at the award for a while, that “this is a sad object, dude.” The humor lies in the double meaning of “selling out,” and underlines Murphy’s worries about seeming inauthentic. Like the irony that marks many of LCD Soundsystem’s lyrics, the ironic subtext of this scene serves as an example of the tensions surrounding identity and relevance that inform Murphy’s work.

Beyond depicting this overarching anxiety about authenticity and image, however, Shut Up and Play the Hits shows other aspects of the night of the performance as well. Interspersed throughout footage of Murphy and other performers practicing harmonies in preparation for Reggie Watts’s guest appearance, and other scenes of last minute preparation, are several scenes of Murphy ensuring that every member of the performance and crew receives a commemorative wristband, revealing a more sentimental aspect of the night. Murphy states on the phone the next day that “I’m trying to see everyone. Before everyone disappears,” a sentiment that is particularly poignant when juxtaposed with a song like “All My Friends,” which addresses the feeling of longing to see friends who have since separated. These moments of nostalgia and sentimentality redeem what at times feels like a hubristic emphasis on Murphy’s persona, on one hand presenting a more sympathetic side to the fairly calculated portrayal that pervades the film. Of course, the inclusion of these emotional moments is a calculated decision as well, as is the inclusion of any footage in the documentary. While this fact is inescapable in any film, Shut Up and Play the Hits almost seems to suffer due to the prevailing self-conscious tone it sets, for in the process of making calculated decisions to seem authentic, even genuine emotional moments read like deliberate decisions for the purposes of image crafting.

Chuck Klosterman notes in his interview with Murphy for the film that “the timing of [‘Losing My Edge’] was really good because…the internet was causing people to have a different relationship with history, and a young person could suddenly be as fluent, didn’t have to have the life experience” previously required to amass an broad awareness of underground music. Murphy’s refrain of “But I was there,” repeated throughout the song, seems to insist that although, in the digital age, anyone can now possess an intimate knowledge of obscure music without working in a record store, Murphy is not merely an “art school Brooklynite” with “borrowed nostalgia for the unremembered eighties.” Shots of young audience members filming the performance and the crowd around them, eyes glued to the screens of their cell phones rather than to the performance itself, however, suggest that perhaps the digital age has “won out” over Murphy’s idealization of an age when gaining musical knowledge and credibility required more “work” (and, perhaps, that this shift played a part in Murphy’s decision to stop releasing music as LCD Soundsystem).

For all Murphy’s insistence, at every point throughout the process of press, interviews, and preparation leading up to the final show, that this was to be the definitive end to LCD Soundsystem, it seems that saying goodbye has proved more difficult than expected. A more recent release from LCD Soundsystem, the vinyl boxed-set recording of the final concert, was released on Record Store Day, April 19th, 2014. Its title, The Long Goodbye, speaks to more than simply the long delays that can arise when mixing a live album. It also echoes some of the more sentimental moments in the film, illustrating that perhaps the sudden, deliberate end depicted in the film, in which one day LCD Soundsystem sells out Madison Square Garden, and the next day LCD Soundsystem is no more, may not be as realistic as Murphy frames it in his interviews – and that perhaps the end to a musical career has enduring emotional effects, for the performer and his audience, beyond a savvy publicity move. By the end of Shut Up and Play the Hits, however, it becomes difficult to discern whether this release is merely yet another constructed career decision, or a nod from James Murphy to a more authentic emotional connection with his fans.