Dating back centuries, children have been homeschooled; some of the most well known cases being the young prince and princes of European monarchies. It started as a necessary means to get young minds educated, since any other formal education was not sufficient. But now, many parents are opting to homeschool their children instead of sending them to public or private institutions.

a parent is most likely to teach their child if homeschooled

The debate between parents on whether homeschooling would or wouldn’t be the smarter option is still present. Popular debate website debate.org has an ever active forum where people are continuing to share their opinions on the topic at hand.

Homeschooling is an outdated practice that should no longer be implemented today. A key part in every human beings life is their adolescence and early education. The relationships we form during this time plays a crucial role in what type of people we grow up to become. This includes the types of interaction we receive with those of similar age, and older figures. By not being in a traditional school setting, and instead being homeschooled, the child is missing out in this interaction with other kids of his age. He’ll never have to learn how to share toys that they’re given; he’ll never have to learn how to cooperate and work well with someone he may not necessarily get along with; and he will never be forced to interact with kids that aren’t exactly like him. This can stunt their development socially as they do not learn to communicate or behave in a group setting. This is obviously a vital skill in living and working as an adult that kids who are homeschooled won’t learn.

An argument can be made that by homeschooling your children, you are able to provide them a better quality education compared to that of either public or private schools. While this can be partially true, it’s only to a certain extent. The “freedom” a parent has on deciding what they want, or don’t want, to teach their child is something regular teachers don’t get the flexibility to do. This causes sometimes purposeful omition of topics a parent finds that they don’t want their child to know. Kids are like sponges, ready to soak up any information that is handed to them. So when a parent relays to them biased information, this could unfairly change their entire viewpoint on controversial topics.

Going back to lessons and skills that kids can receive only from schools, a competitive drive is not found in homeschooled children. A little healthy competition among classmates is a good way to learn how to always strive to be your very best, and that’s something that isn’t taught in a homeschool environment. If a parent is teaching more than one child, they are not going to encourage their own children to compete against one another; because this will carry on into the rest of their day. 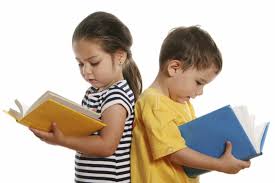 As a freshmen, I am still very fond of my high school memories; and many of them involved tennis and my team. Staying back after school ever day and playing with a team that I quickly grew to love changed who I am. The opportunity I was given to join a team and do something after school is a privilege many kids are thankful for. It gives us an extracurricular activity to attend and do something with our lives after 6 hours of studying is over. This same gift is not available to homeschoolers. They don’t have access to after school extracurricular activities like we did. 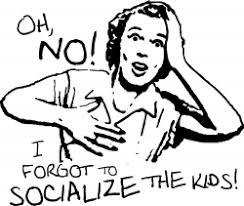 Also, there is a great danger in homeschooling children is the chance that they will grow up sheltered. When a parent decides what their child learns, more often than not, they will omit some more “gruesome” lessons. Maybe more awkward a parent might not want to discuss sexual or illegal topics with their child. That in turn would impede in their education, thus hindering the progress the child could have otherwise made.

In conclusion, homeschooling is not a good alternative to formal education. It impedes in crucial social skills that children need to develop, and stops them from obtaining that  much needed competitive drive. A wise parent would not homeschool their child.