Throughout history women have been systematically oppressed, especially when it comes to expressing their sexuality. This is not a single act, but is built into the patriarchal social structure where the oppression is kept in place with violence. Based on the social hierarchy, white men were the highest, then came white women, than men of color, and finally women of color. This is a highly simplified form, but is very clear in the 1890s. 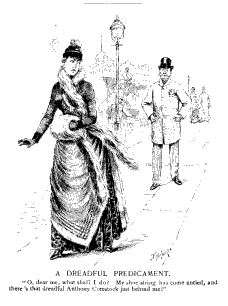 One of the forms of suppression was the controlling of the female sexuality and using it to define her. White women were not allowed to show any form of sexuality. They were exclusively supposed to be seen as virtuous, motherly, and submissive to their husbands. This was only further reinforced with the Comstock Act of 1873. This act prohibited the spread of sexual material through the postal service. This included erotica but also educational material. In doing this, women were unable to properly learn about their sexual health and it became very taboo.

This concept is shown in the cartoon above. Since the act of bending over can be seen as a sexual one, she is not even able to tie her shoe with Comstock behind her. This shows just how unhelpful this act was since it only made sex a taboo thing. Also, since white women were aware of society’s negative view on sex, this made them want to act pure so they would not be seen in the negative light. 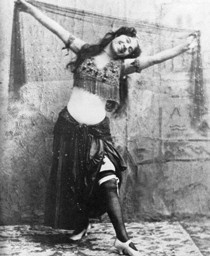 Since women of color are portrayed with all the negative stereotypes, having them be heavily sexualized makes them stand apart from white women. This also creates a polarity since white women wanted to remain virginal. The divide separated women and was an excuse for men to exploit them. The image, taken from the Chicago World’s Fair, is of an Egyptian belly dancer. How she is dressed is the opposite of what white women of the time were wearing and the dance they performed was labeled Hoochie Coochie by Anthony Comstock because he was trying to get the dance banned. Since men are supposed to be more sexually active and powerful, having a woman being sexual was seen as unable to be part of society. 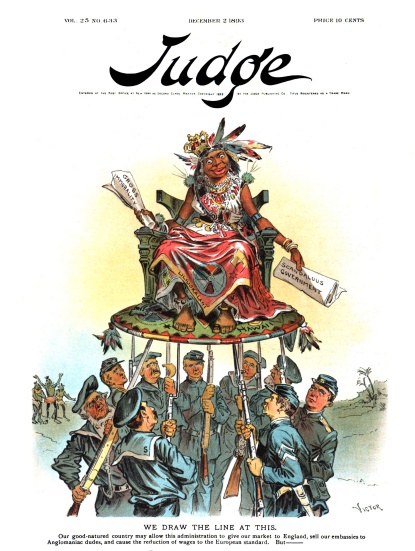 This idea can be applied to the image above. Queen Liliuokalani, Queen of Hawaii, is being portrayed as the contrast to white women. Her clothes are loose and is barefoot, like the Egyptian dancers. Not only that but her posture and her knees are not put together. Having the legs apart is seen as intentionally sexual and is only reinforced with her holding papers that say “gross immorality” and “scandalous government”. 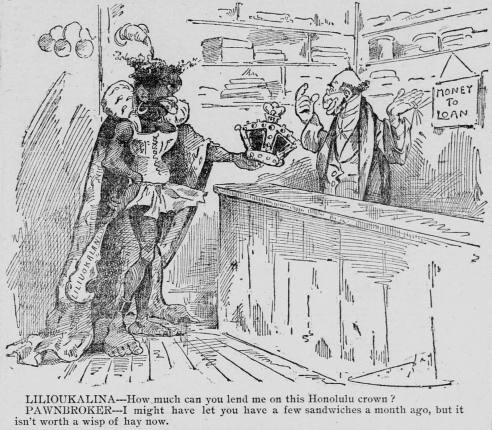 This hyper sexualization is seen again with how the artist drew Queen Liliuokalani’s dress be incredibly short and just having her bare legs and arms. Added with the size and exposure of the bust, she is hypersexualized to be stigmatized by society.

The state’s violence on controlling women, especially their sexualities, polarized women depending on the race and shows to men if the woman is able to be controlled and submissive or not.